​
This Ashley 1172 was registered with the Ashley UK Registrar in 1995
At this time it belong to a Jon Martin of Buckingham shire and
​previously to a David Fenemore.​
Little was known about the car but it did have an Ashley For Sale listing in 1991 after which it disappeared until 1995.

The chassis was a boxed section ladder construction with coil/lever shock absorbers at the front and leaf springs possibly Ford Consul at rear. 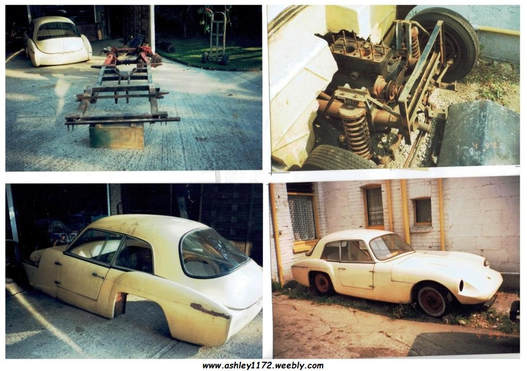 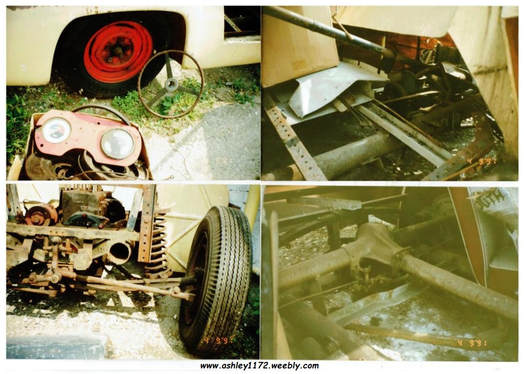 Strangely it appears to have been dismantled during this time and the body parted from it's chassis and both went off on their
own separate ways. 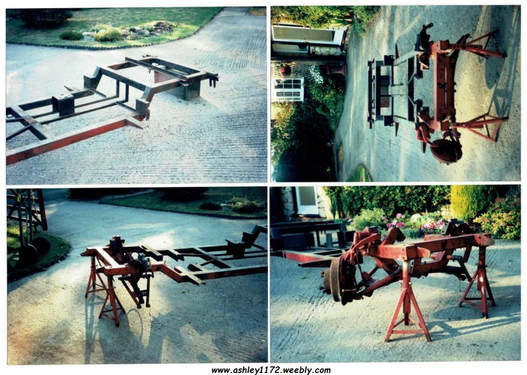 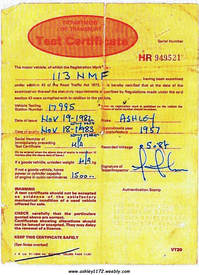 Photo courtesy Kurt de Raedt. Belgium
​
​I'm not sure about it's earlier life
but there is a MOT certificate
​dated 19th November 1982

I have also uncovered a
few of pictures of a car with the same
​Registration No. taken in 1985-ish 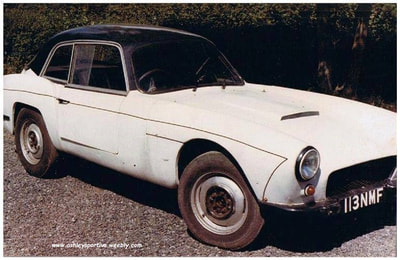 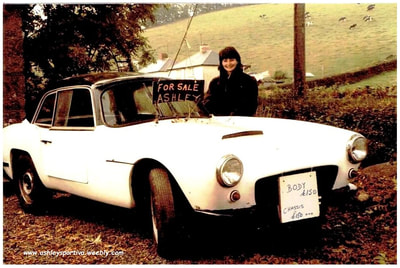 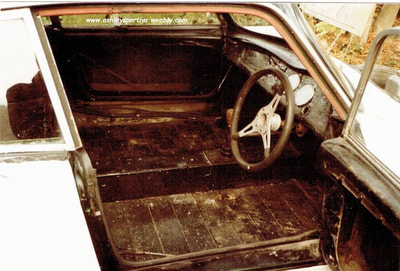 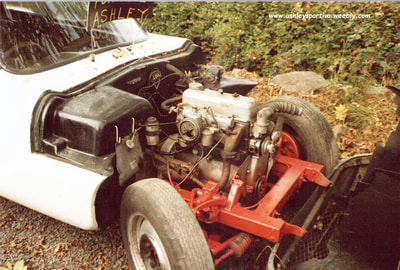 This was clearly an Ashley Sportiva Coupe when
registered with the Ashley UK Registrar,
​.... all a little bit strange.!!!
​
2007-2008​
​News of a very similar Ashley 1172 bodyshell came from France, with the accompanying notes, via Rick Jones at Oldclassiccar.co.uk

"Hello from France ... I have a collection of English kit cars from the 50s/60's and my last acquisition is an Ashley 1172 the same as yours with Wolseley 1500cc engine and gearbox. I wish to rebuild this car and some pictures of yours could be help me!
Do you think possible to mail me some pictures of it? ... the shell looks as new and never been fitted on a chassis.
The chassis seems to be near to a Bowden chassis,
built for 1500cc BMC engine and gearbox (Wolseley)
from Patrice Watine" 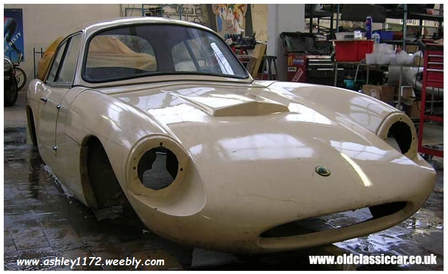 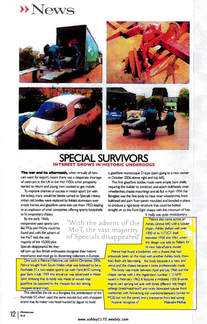 ​This was followed up by a another story
about the same Ashley 1172 in France written by Malcolm McKay in Octane News,
​Issue dated May 2007

Malcolm's story gave a Registration No. for
the Ashley plus the picture of the body
shows the same markings at the moulding
seams, perhaps where the gel-coat
has been rubbed down to level the seam.
2016​

It was in April that I received an email from Kurt de Raedt of Belgium
letting me know that there was an Ashley for sale:

"Somebody of the car club I'm a member of is selling this Ashley.
​This Ashley he bought as spare body for his racecar".

Looks like the wheels are just propped up by bricks and sticks
I was very interested as it looked like the Ashley Patrice had
in France so I asked Kurt if he had more photo's.
​His next emails contained the photo's below and
​the following notes.
These are more pictures I have of this Ashley.​
Car specifications: Ashley 1172 built in 1960.
New chassis and bodywork, complete with windows.
Polyester bodywork, never been painted.
Hardtop with removable windows.
Price: 1.800 Euro
Also available: engine, gearbox, wheelhouse, ......"
It was towards the end of 2016 that I contacted Kurt again to see if the Ashley had been sold and he told me that the seller was
Erik Vandenwyngaert and that he had got the message
​about the Ashley being for sale from somebody he knew.

I have emailed Erik and hoping to find out more, which I hope
to add to this webpage.
​
If you have any information about this
Ashley 1172 car
Registration No.
113 NMF