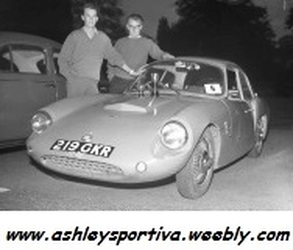 Photo courtesy of www.transportphotos.com & Elva Cars
The Ashley 1172 came to my attention in this article from the official "ELVA Cars" website.

Andrew from Cornwall called me a few days ago as he had just bought a "barn find" which was said to be an                                                     "Ashley-Elva".
My first thoughts were that perhaps this was a Ashley Laminates bodied ELVA Mk.1B, however a search on the web using the UK road registration number revealed the car which certainly is an Ashley body but most unlikely to be on an Elva frame.
The actual car has yet to be recovered from the very isolated barn so new photo's will tell more, but my guess is that this Ashley may have been fitted with an IOE Elva conversion on the Ford 100E engine.  Apparently it currently has a 100E unit fitted with the Aquaplane head. 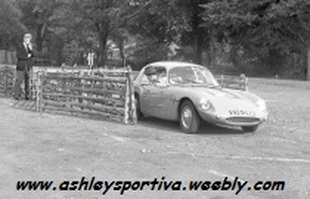 Photo courtesy of www.transportphotos.com & Elva Cars
The car is a roadster with fitted hardtop. A further search should show the actual model as Ashley produced a number of grp body styles, including of course the 'Competition' type used on the Elva Mk.1B.
The car does have competition history and one of the pictures appears to show it being used in an Autotest event in the Maidstone area.
There are two badges, one in brass showing a 'Rampant Lion' and the other showing a 'Running Hare', on a bright red background. Probably motor club badges, but can anyone offer any ideas, or perhaps even recognise the car and two 'owners'?
I contacted Roger at the "ELVA Cars" website
in June 2013 to
try and get more details and a possible contact address for
​Andrew in Cornwall.

Roger phoned Andrew and within a few days I had an email from Andrew via his PA, including photo's of the Ashley 1172 as purchased and after Andrew had removed the bodyshell. 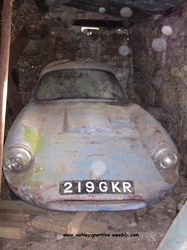 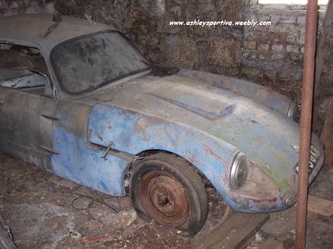 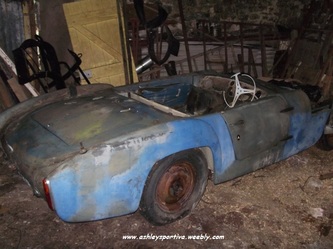 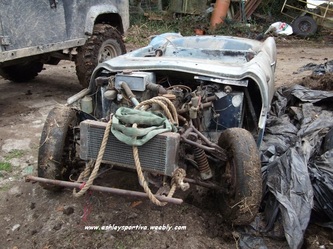 The photo's above show the car in the farm barn and just after being towed out. There are two badges on the bonnet, the one just above the registration number is an RAC Badge. but half way up the bonnet is an inch square Brass badge of a Rampant Lion, the one on the drivers door is the Ashley Laminates badge.

If anyone has any idea what the Rampant Lion badge indicated we would like to hear from you, so send an email please.

My Registration Index Archive list indicates that the car had been built using a Regent chassis and this is confirmed by the chassis photo's, a Ford 100E unit fitted with the Aquaplane head is the drive, the rear axle and wheels are Morris and the car was registered as a Morris Special in August 1959.

The following is a scan of the Original 1959 Log Book issued for the Morris (Ashley) Special,
registered by
Mr P. Nichols, in Kent in August of that year. If you see this Mr Nichols (or a relative of yours see it) please send me an email to pass on any information about the early history for this page and for Andrew the new owner/restorer. 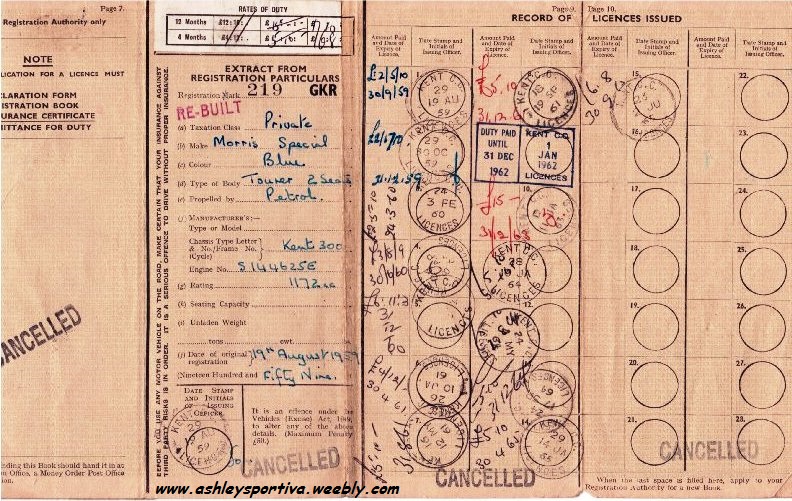 
The vehicle details for Morris Special - 219 GKR are:

I hope that I will be able to report the restoration progress as it moves ahead with write up's and photo's from Andrew until it is back to the condition of a new Ashley 1172 Special.

Well a lot of water has flowed under the bridge since then as it is now
January 2017
I have not had any contact from Andrew or his PA.
I checked with the DVLA database and it is no longer
Taxed for road use.
It was not until  April 2019 that I had an
email from a different Andrew, to tell me that he had seen an
auction on ebay that might be of interest to me,
​it was Ashley 1172 - 219 GKR.
​

Photo Courtesy of ebay.co.uk
I will contact the seller to try and find out if it was Andrew or if
it was someone else selling it for him.
At the same time I had Niall Julian from www.Taketotheroad.co.uk
send me a link with the same information.
Thanks guy's, I had missed it myself. 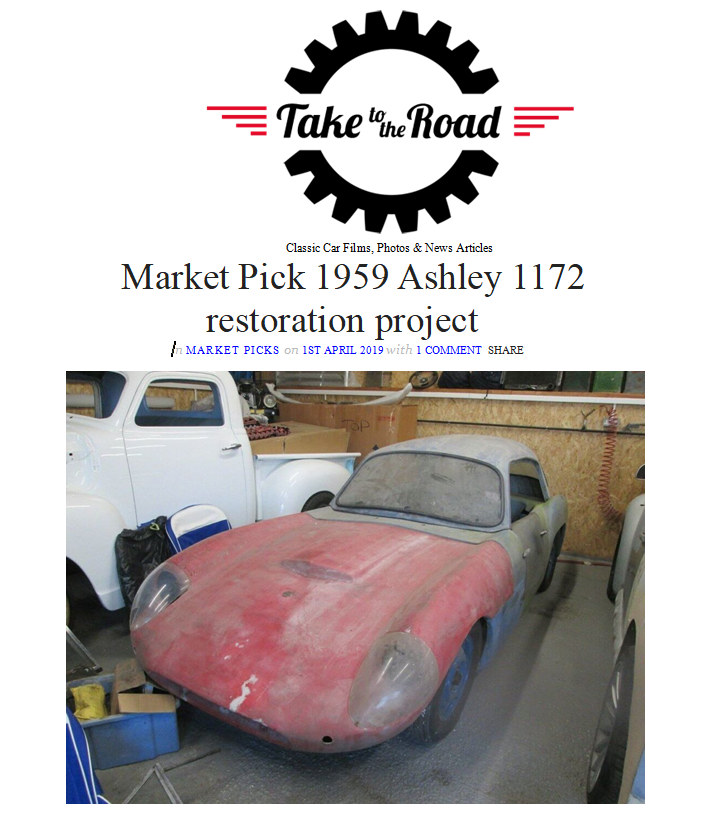 I did contact the seller to see if the car sold and also asked
about Andrew the owner and got a reply from James the seller,
'he has a small family business with a passion for classic vehicles
in any condition' and he told me that:

"The car had sold, however it has left the UK for the south of France.
Andrews health is fine and is pursuing his new hobby flying".

I replied and I'm hoping to get a bit more information soon.
I also collected a set of pictures from the ebay auction page as shown below:

So please if you have any further information about this car
in the UK or the EU
​Please contact me so that we can add more to it's history.
​
1959 Morris Ashley 1172 car
Registration No.
219 GKR