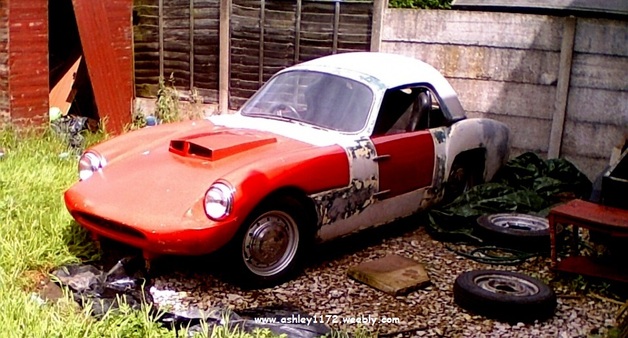 
The seller just happen to mention that he had another 1172 that he was restoring so I contacted
him in October 2013 to ask for details and this is the result.

As it turned out the car is his fathers and he is helping him restore it, so he past on Colin's email address so that I could contact him direct, which I did resulting in photo's and history: 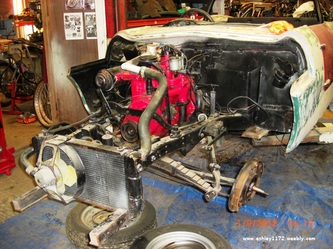 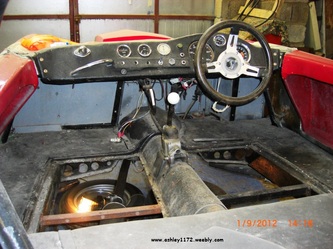 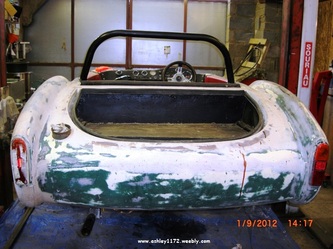 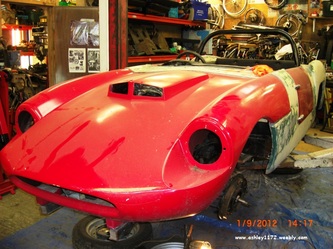 Strangely this registration number already appears on my Registration Index as being issued by Stoke-on-Trent C.B.C in 1963 !!!

The vehicle details for: ASHLEY-FORD - AEH 360A are:


This information resulted in me asking Colin if he had the original logbook or any other documents:


Sorry, but sadly I don't have the original documents.
I have the modern V5c, which states the year as 12-04-1961
The last recorded registered  owner was a Mrs Alwyn Whitehurst of "Stoke on Trent"
It is only one car, It would appear it was "Green" but someone started to paint it "Red" but it is full of micro blistering, when I get round to paint work I will return it to Green.
It is on a Ford E93A chassis (modified)
The front axle modification is of the type carried out by Roger Clark  in his pre Lotus 7 days - for 750 racing!

The registration number has me a little bit confused, as the first registration is listed as 1961 on the DVLA records.

The DVLA suffix "A" indicates it as a 1963 registered car, being the first year the DVLA used the year lettering system, however,
Stoke-on-Trent C.B.C. which issued the plates didn't start using the suffix year lettering system until 01.01.1965 which means that they issued suffix "C" for all of 1965, and the "A", "B" were never used.

I can only assume that the AEH 360A was issued as a DVLA Age Related Issue at a later registration date and that the 1961 registration was changed after the car being off the road and unregistered for some years and that might be when the colour was changed on the DVLA records to Red, as the car was originally Green.

It was on November 1st that I noticed this advert on eBay:

Std Engine (complete but unbuilt) plus Aquaplane Head,
Twin SU carbs, 4 Branch Manifold
New pistons and various parts/gaskets.
Chassis strengthened and restored with brakes, new tyres.
Front axle beam pivot mod (period).
Roof and glass present (good condition)
Front Screen (good condition) but No rear Screen.
V5c in my name
Other projects and house move take priority so has to go.
Probably best to call if serious
and have a look instead of reams of text.

I emailed Colin to find out more and it seem a change of circumstances have forced a review of commitments resulting in the Ashley having to go so he can focus on other projects.

Lets hope the Ashley finds a new home with a long life ahead, I will try and keep up with it's travels to add to this page.

It was just a couple of weeks after I saw the eBay auction
that I had an email from Paolo Chersevani in Italy.
He told me that he was now the new owner of the Ashley,
Paolo was also asking about the car and where he could get
it restored in UK or Italy.
After saying that I had no idea as I left 50 years ago to live
in Australia I suggested Italy would be the best
place as he could keep an eye on the works progress himself.
This he decided to do and he later sent me some photo's that he had been given by Colin. 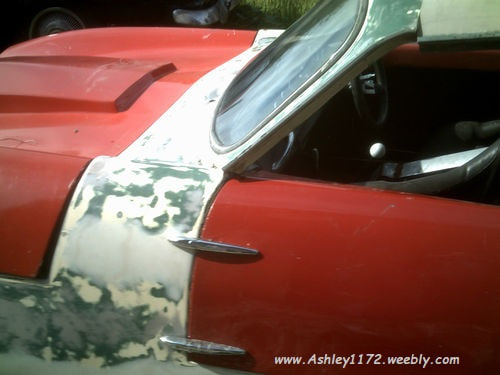 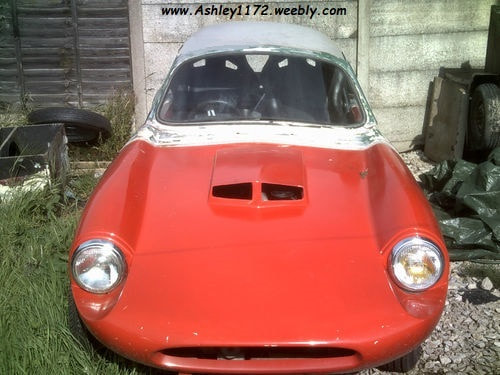 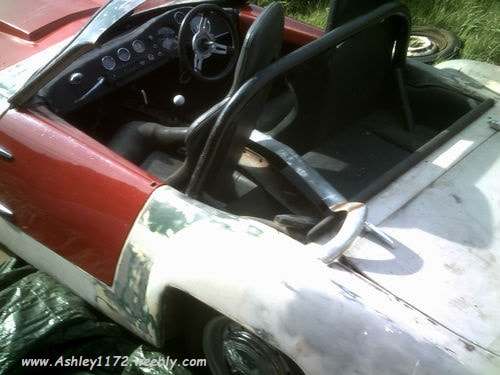 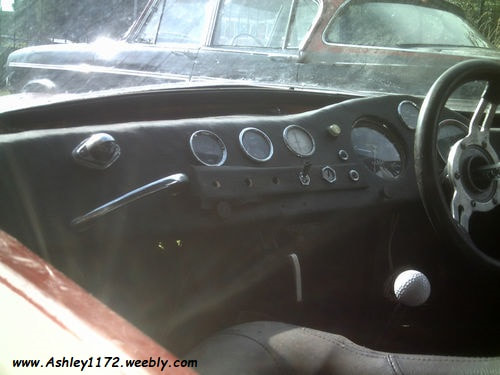 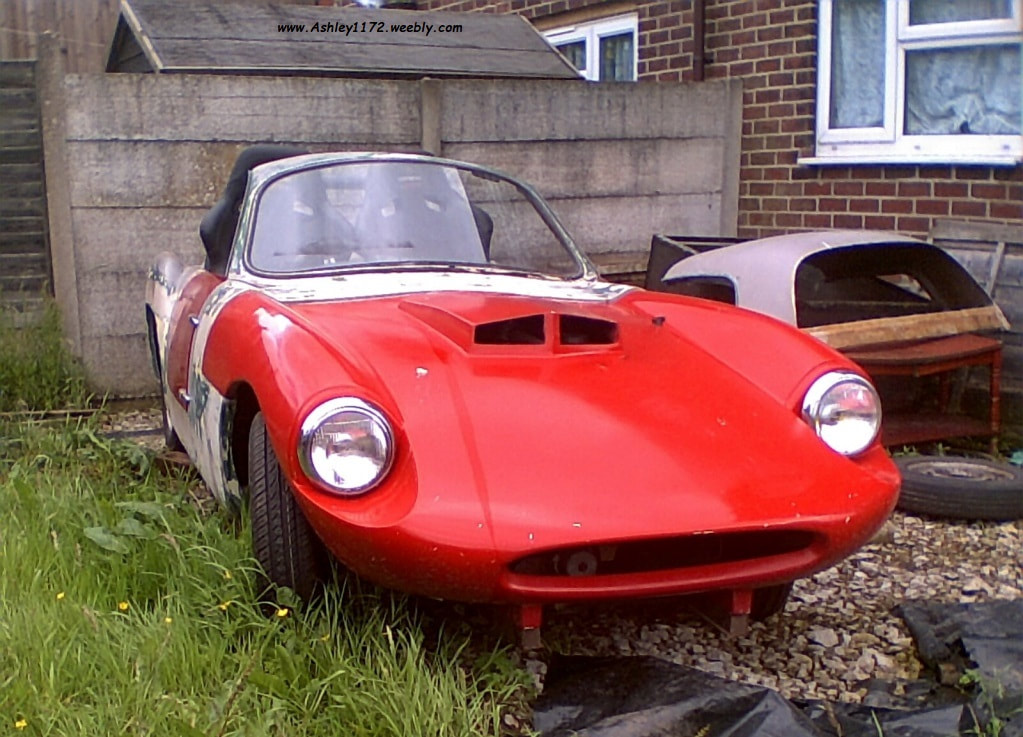 It got to this year before I emailed Paolo to see if he had finished his restoration, but he replied that he had not but had sold it on to
​another enthusiast in Italy and I am still waiting to hear from the new owner.

But I did find a photo of the car, not sure if this is by the
new owner or as sold by Paolo!
​It certainly looks a lot better now. 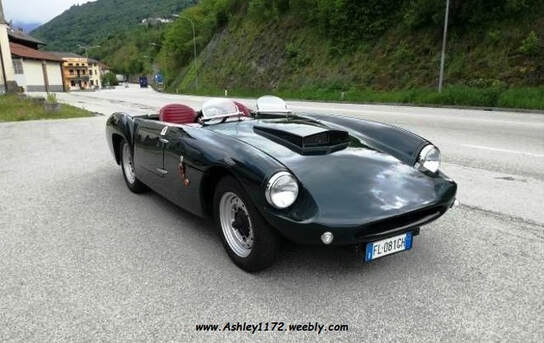 So if you have any information about this
Ashley 1172 car
Registration No.

(or know its previous owners)