​The story of this Ashley has a few twist's and turns so hang on.
​
The car has been owned by two guys that I know of and I assume supplied all the photo's,
Martin Wedgewood that lived in
Cheddleton, Leek, Staffordshire.
(BTW do you see the Ashley in the garage above).​
And after that Mike Bolshaw owned it. 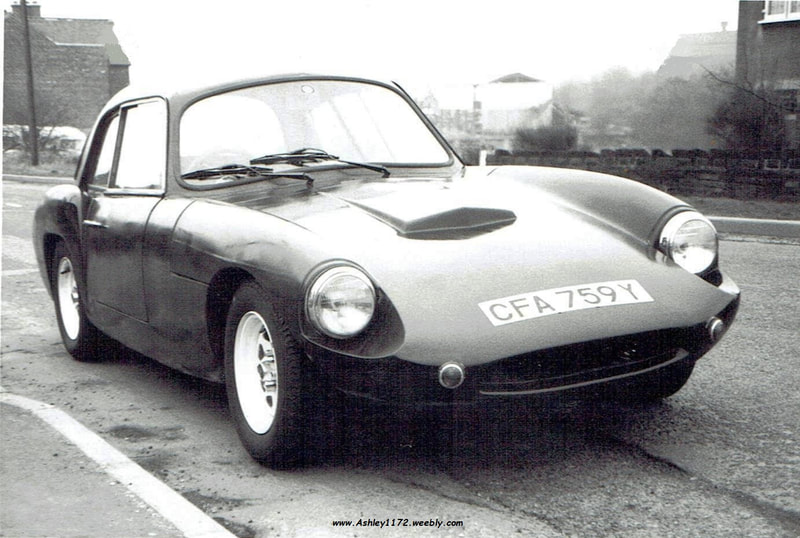 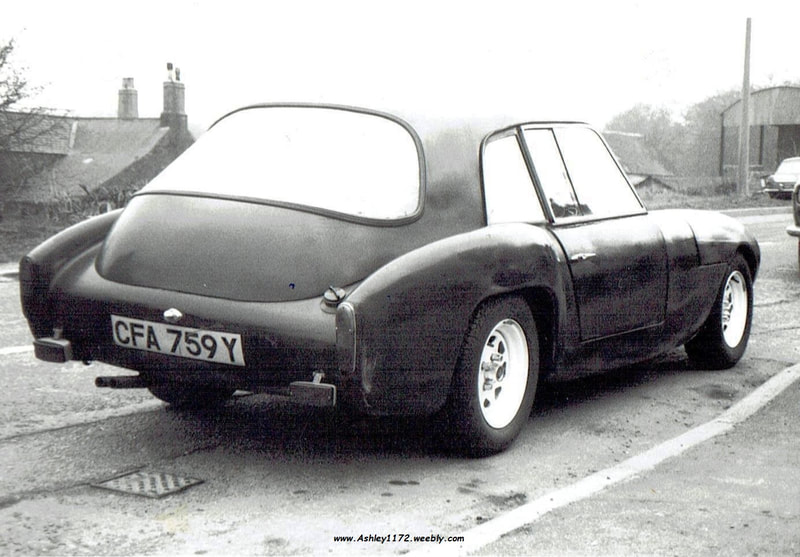 I'm not sure who decided to convert the coupe to a Roadster but the following pictures show it underway.
The Coupe hardtop was always just a bolt on so
​not too hard a job to do. 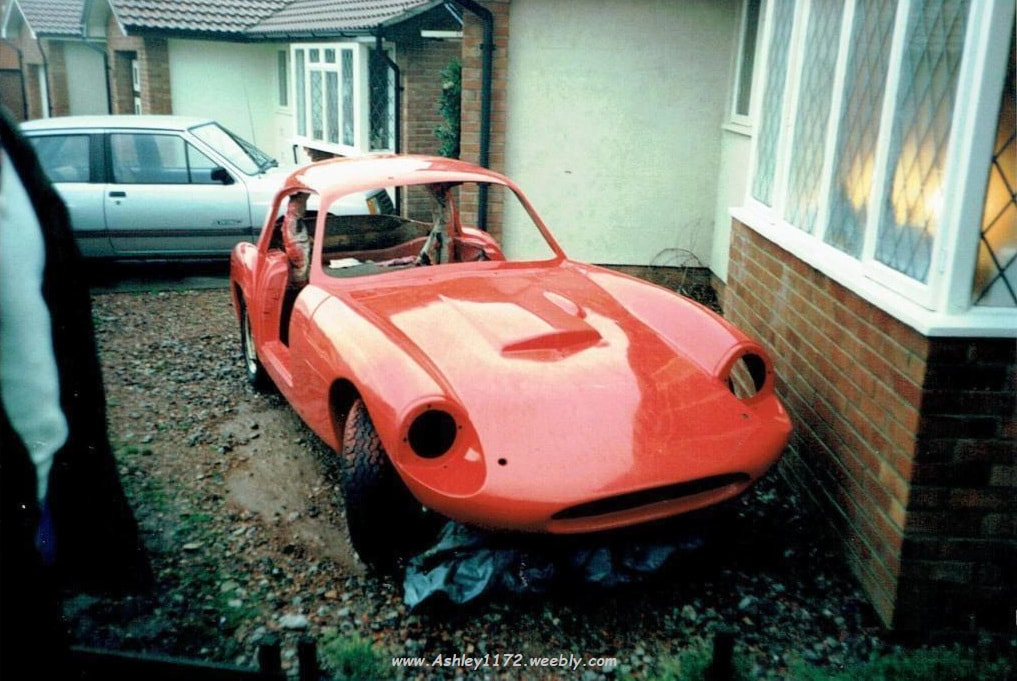 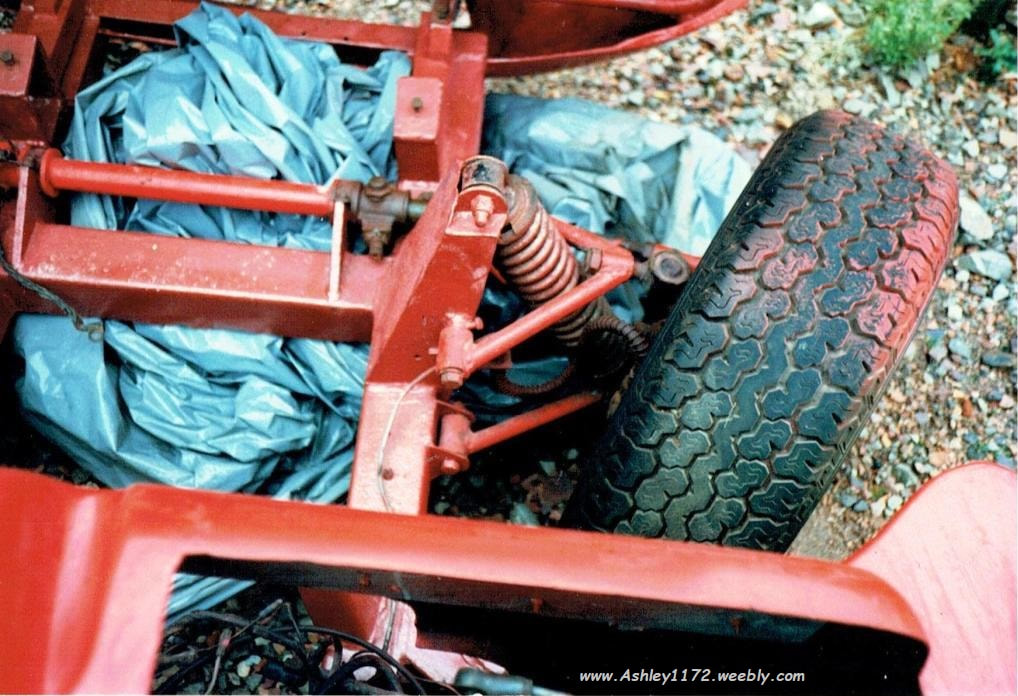 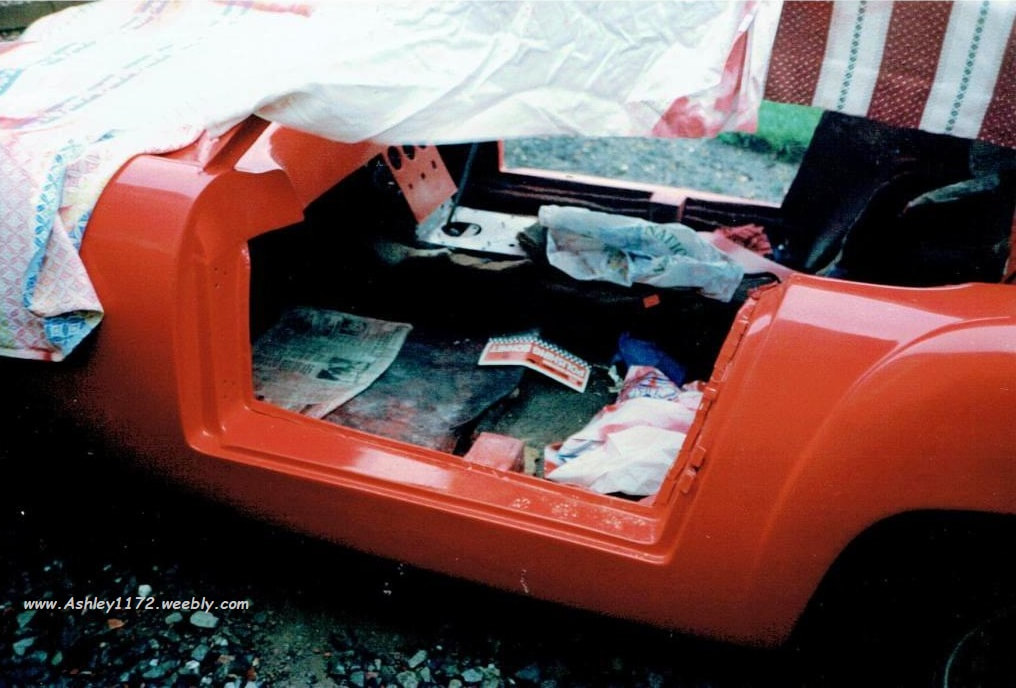 And this picture shows the completed project. 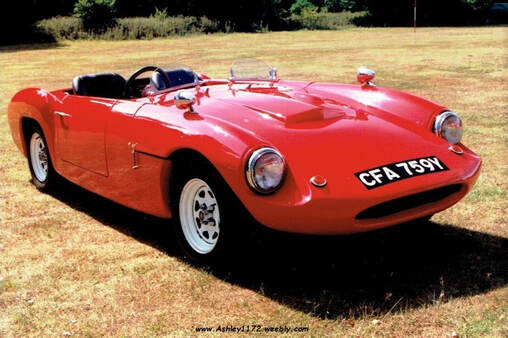 Following a mix up with the listing of this car as CFA 759Y
an 1172GT Hardtop Coupe
and another car CFA 759 (without the Y), an 1172 Roadster.
I later found a reference to the Roadster being displayed
at the 1995 FSCC Burford Specials Display Day.

A quick post on the FSCC Facebook Group in June 2021 soon
uncovered a photo
taken by Derek Bentley, shown below ​ 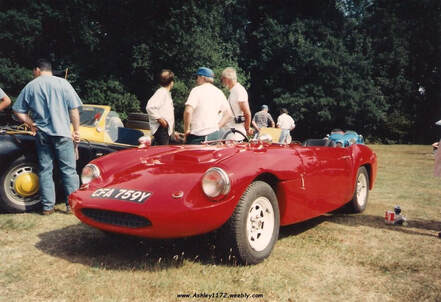 ​At the same time I had a reply post from Richard Disbrow saying:

It was the second Ashley I ever saw in the '80s. I owned it for a short while in 2016, it had a hard top.
It drove quite well, 105E engine, the best little engine I ever heard, I sold it to a guy in Cheshire who talked of splitting this and his Ashley to do a body swap! ​
So if you have any newer or older information about this
Ashley 1172 Coupe/Roadster
Registration No.
CFA 759Y