Photo Courtesy of Neil Smith the owner's son
This 1960's Ashley 1172 was unknown to me until late
April 2020
when this photo was posted on a Facebook Group page
"Fiberclassics handcrafted cars, fiberglass cars & replicars"
by Neil Smith.
Then in  July 2020  I managed
to contact Neil and asked for his Ashley story
and the Ashley's Registration Number.
​This is his brief story.​
​
Hi Ivor,
I just re-read my post and don't know why I wrote that the car was a friend of my father's,
because it was actually my father's car...his friend had a Rochdale. The photo is at least 55 years old, when I was 12 maximum, so memories are a bit vague, but I am almost certain that the registration number was 259 ENW, (we lived in W.Yorkshire and I think NW is local to that area..).
​
When my Dad, Eric Smith, got the car it was built on a tubular chassis, which, for some reason, he changed. He bought a Ford Pop for £5 and built the Ashley shell onto the Ford chassis. I don't remember who he eventually sold it on to. Something in my mind says that we saw it later, having been repainted purple and looking much smarter than when Dad had it ??

If I can find anymore pictures of the car I will send them to you.
Hope this helps, Neil.
A check on the UK Vehicle Registration listing indicates that the car was originally registered at the
Leeds C.B.C office in January 1963.
(And Leeds is local to West Yorkshire)
​
I also checked my records for the Registration No. but I had no record of it, a check of the DVLA database also showed no record so it probably didn't make it onto the mid 1970's electronic changeover.

Neil also found a transparency of his Dad's car which he sent to me, 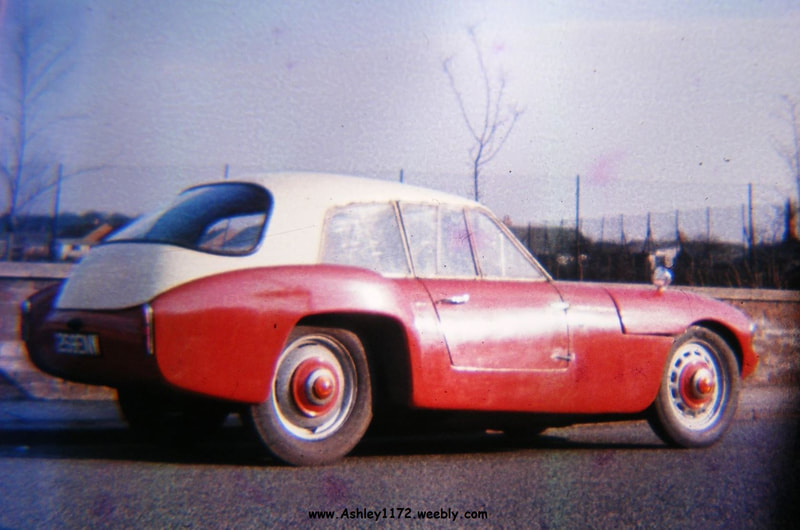 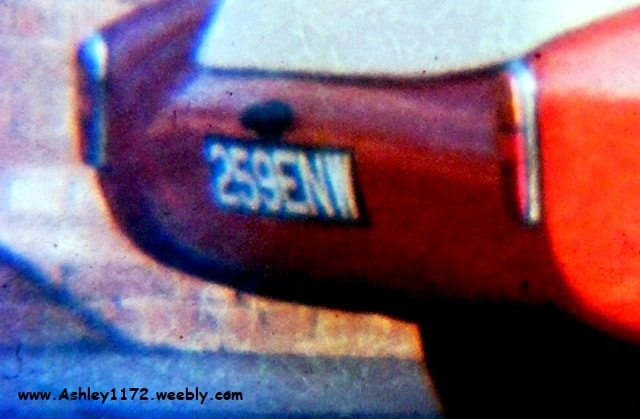 along with an enlargement of the Registration Plate.

​Neil was able to supply details of the car but was surprised that his dad had changed the tubular chassis for the Ford Popular chassis.
​He told me that the rest of the Ford was used also,
​so maybe it was incomplete when he first got the car.

Neil also mentioned that his dad had been in the
RAF during WWII and had trained in Spitfires in
S.Rhodesia, just as the war in Europe ended, he also spent time in Egypt and UK before returning to Civvy Street, (who know's he may have been a pilot in one of the Spitfires I watched "Heroically", flying over my school back in the early 1950's) 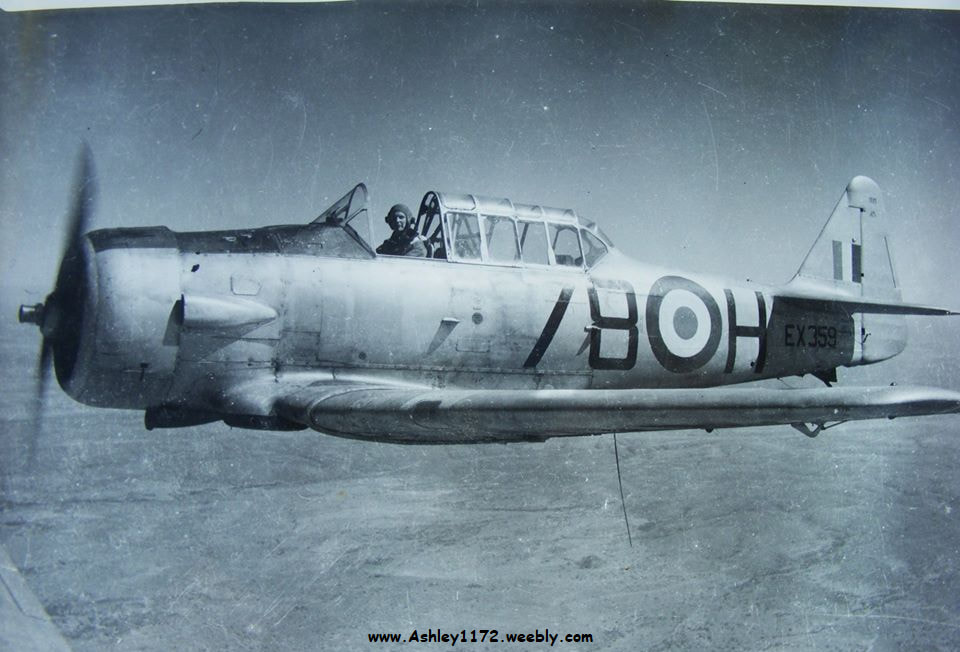 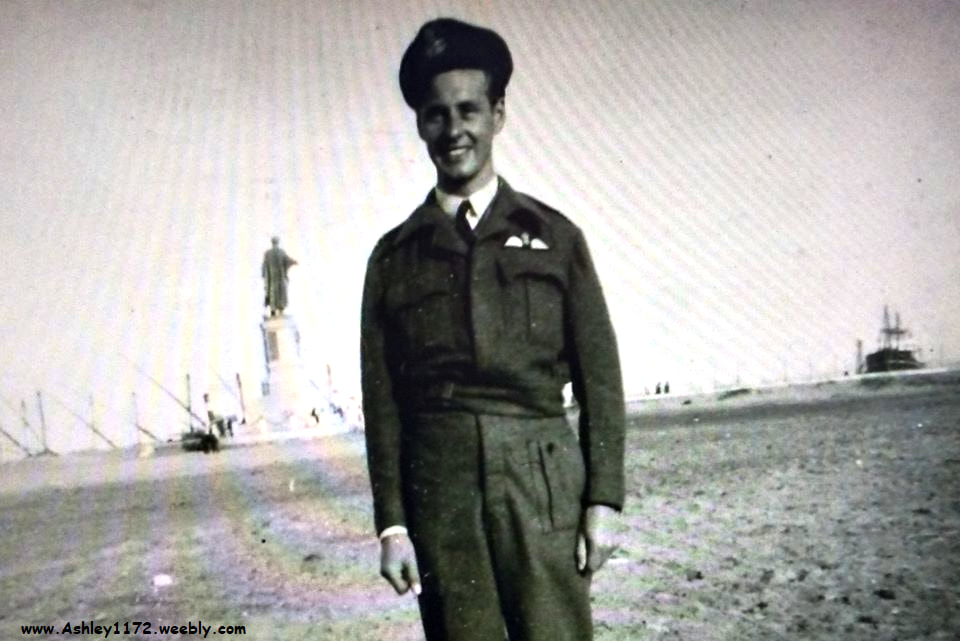 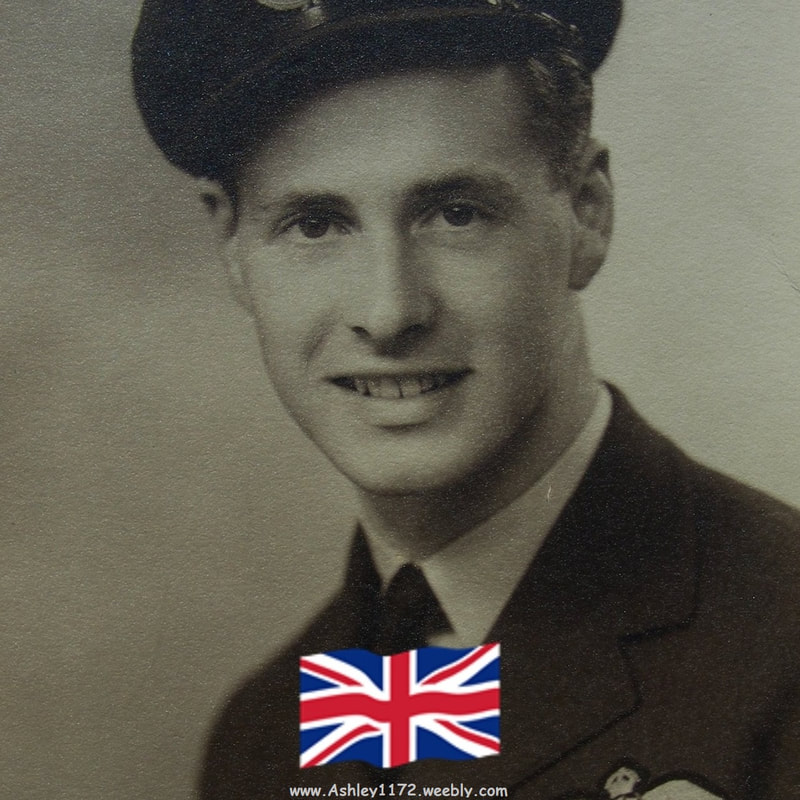 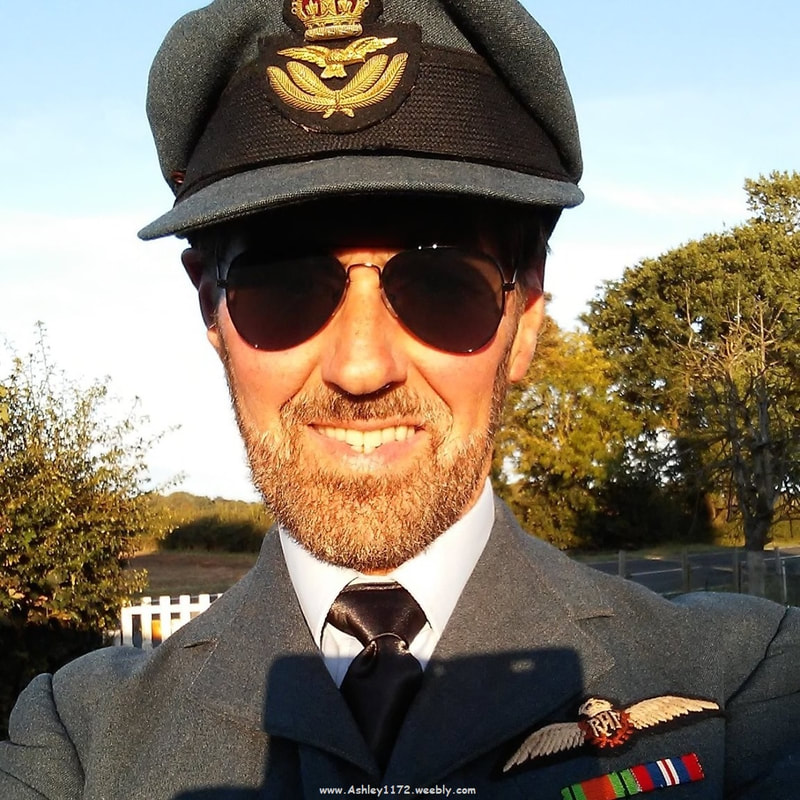 ​I am hoping that Neil will find some more photo's or transparencies of his Dad's car and send them to me
​for this page.
Oh,
and just incase you think the name Neil Smith
rings a bell or his face looks familiar
this photo might remind you why, 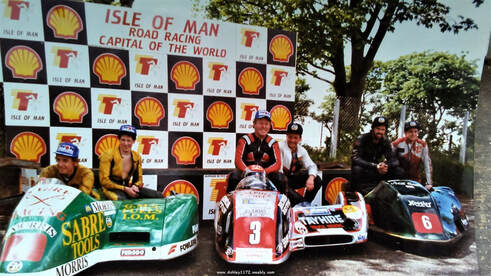 Photo Courtesy of the IOM Photographer
as Neil Smith is a well known
motorcycle and sidecar racer.
Shown above on the 1990 Isle of Man TT
Sidecar Podium
along with his passenger
​Steven Mace.

So if you have owned this Ashley or have any
information about this
Ashley 1172 car
Registration No.
259 ENW