This sighting of an Ashley 1172 in October 2016
on "Classic Cars Spotted" a facebook group page.
​

​These Ashley remains were spotted by Rich in Llanelli, Wales
​and posted on the site,
they show a rather uncared for Ashley 1172 with detachable hardtop.
​ 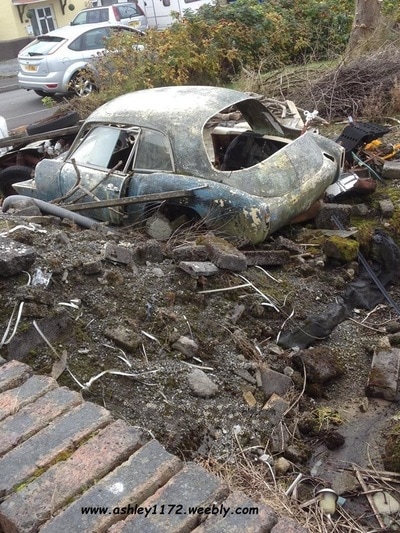 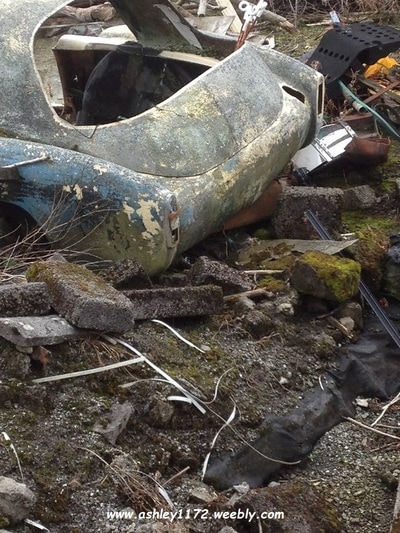 These 3 photo's above were taken in October 2016 by Rich.
​
The two below are street view photo's from Google maps
and was taken 8 years earlier in 2009 when the
​vacant block had less rubbish dumped on it,
thanks Phil. for the google location. 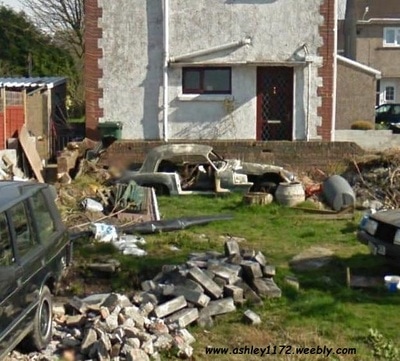 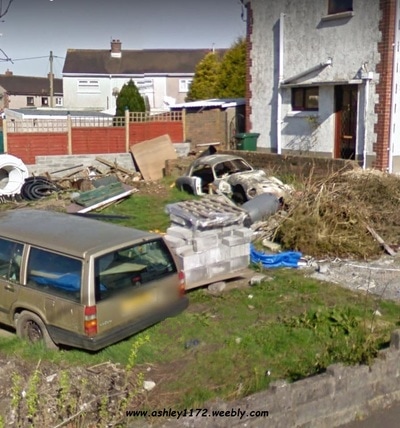 Maybe the Welsh Ashley is at the end of your street, if you know anything about it please email me and let me know​​.

This was back in 1969 and 1970 when he was cycling around
the Essex countryside.

They were all Ashley 1172's, one roadster and two Coupés,
the first one, the roadster, he sighted on the 11th October 1969
and it was at Ingatestone in Essex,
it was seen parked on the driveway of a house in a side turning
​just off the main street in the village.

It had no number plates and he never saw it there again.
​The car was Green and Silver

The second Ashley 1172 was a Blue Coupé, seen on 13th June 1970 at Walton-on-Naze, Essex, it was seen parked just off the High Street,
​unfortunately in the darkness he couldn't see the registration number.
​

It would have looked similar to this Ashley 1172 above.

​The third Ashley 1172 was also a Coupé seen on 12th December 1970
at Billericay, Essex.
It had a Green body and was on the top of a pile of cars in a breakers yard, with no registration plates visible.

This would have been it's last resting place unless rescued
​at a later date. 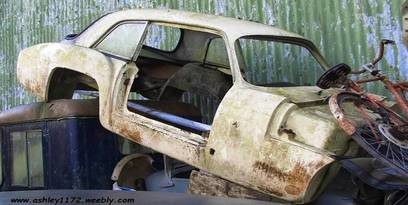 "It's next to a big shed/workshop right by the road in a place called "Three Holes",
not long before you wind your way into Upwell, Cambridgeshire.
If you come up the road from Littleport, via Welney,
you can't miss it's on your left, just before the turn left to March
As far as I know it's still all there"

please email me
on