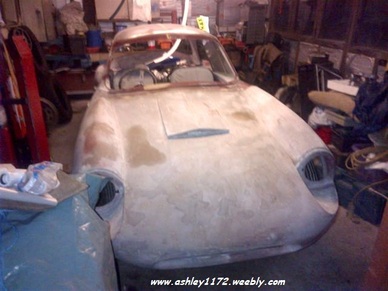 Courtesy of Bob the owner
I first saw this car advertised on eBay in November 2012.
​(see Advert in Red below)


The year of manufacture was not given however production of the 1172 didn't start until 1958 and was discontinued in 1961.


​   ​Ashley kit Car For Side-valve 10 HP
​Viewing highly recommended to know what you are buying
Has never been registered
DVLA will give age related plate when MOT is done
There is no wiring at all or electrical components
Engine has been rebuilt with some aquaplane parts i.e flywheel and head,
Loads of spare parts
Glass does come with the car but is not fitted
Viewing recommended again
Phone for details
Bob


I was interested in finding out more about this 1172, it is one of the very early 1172's having windup door windows which were soon discontinued due to manufacture problems.

So I contacted the Seller asking for any history he might have on the car and would he give my details to the new buyer, the auction was still running at this time.

He and the car were located in Sedgley, West Midlands, UK,
I hoped that I would get more details about the car but after a couple of messages to Bob with no reply I assumed he was not interested in passing on any further information. 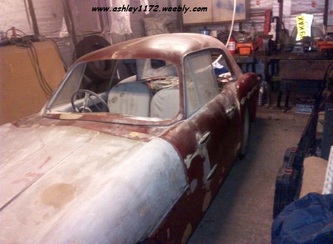 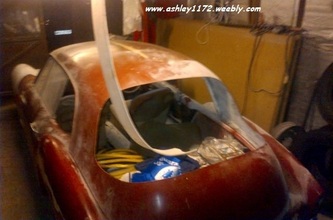 If you purchased this Ashley and have any information about it since November 2012 please email me and let me know so that I can update this page with your help. 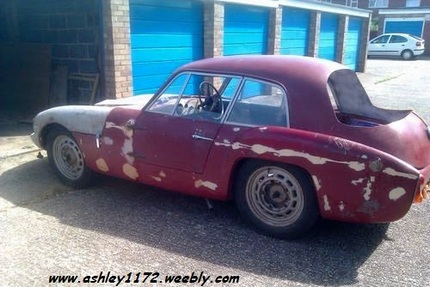 Courtesy of Terry the owner
In September 2013 the car appears again on eBay it must have changed hands in November 2012 as
it is now being sold by Terry Day of Basingstoke, Hampshire, UK.

It doesn't look a lot different to last years photo's on the outside but the bonnet bulge appears to have been raised and lights fitted front and rear.
All photo's courtesy of Terry and eBay 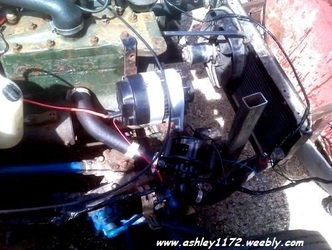 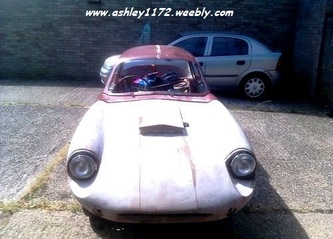 The eBay description states that it is: 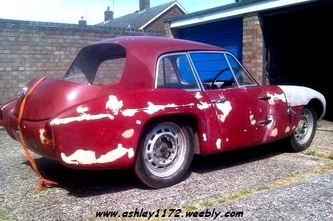 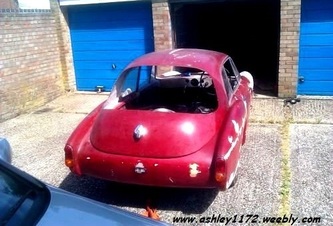 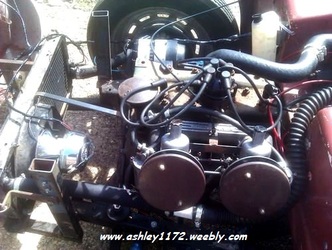 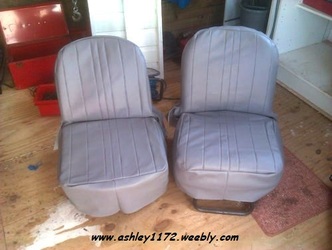 This Ashley " SOLD "  eventually in January 2014, Terry passed on this websites details so hopefully the new owner will contact me with his restoration plans sometime soon.

I was in  September 2014  that the
new owner Michael Peet contacted me to say he had purchased
the car and had only just started the rebuild/restoration
due to a couple of existing projects he had underway.

In July 2015 Mike sent me an update on the work and included
photos to go with the details;
The car is one of the very early type 1172 Coupe’s with wind-up glass door windows. I have attached a few photos, one is from before the restoration, the others are from after the work was complete.

My Ashley is based on the chassis of a Ford Model 7Y from 1938, the engine is from an E494A Prefect manufactured in December 1952, as part of the restoration process the engine was re-built including re-bore and hone, new pistons, piston rings, new valve guides, complete gasket set, plugs, points and leads. The engine is equipped with period correct tuning kit from Aquaplane, the kit includes performance inlet and exhaust manifolds and twin MC2 SU carburetors.

It has a Wooller remote gearshift kit and the interior has been re-trimmed and features sports steering wheel, period style bucket seats and rear luggage compartment. The car sounds great with its near straight through exhaust. The Ashley has been converted to 12-volts and fitted with alternator and electric water pump to make it more suited to modern road conditions.
,         Michael then sent another email in July with a surprise;
​
Ivor
​I’ve been driving the car around and while it’s a bit slow it is a lot of fun and attracts great deal of attention. Sadly I am emigrating from the UK to live in Portland, Oregon, USA, later in the year (my wife is American) so I am going to be selling the little Ashley. It’s sad to have to let it go but I feel I played my part in saving the little car and putting it back on the road to be enjoyed by a new owner.
Kind regards,   Michael 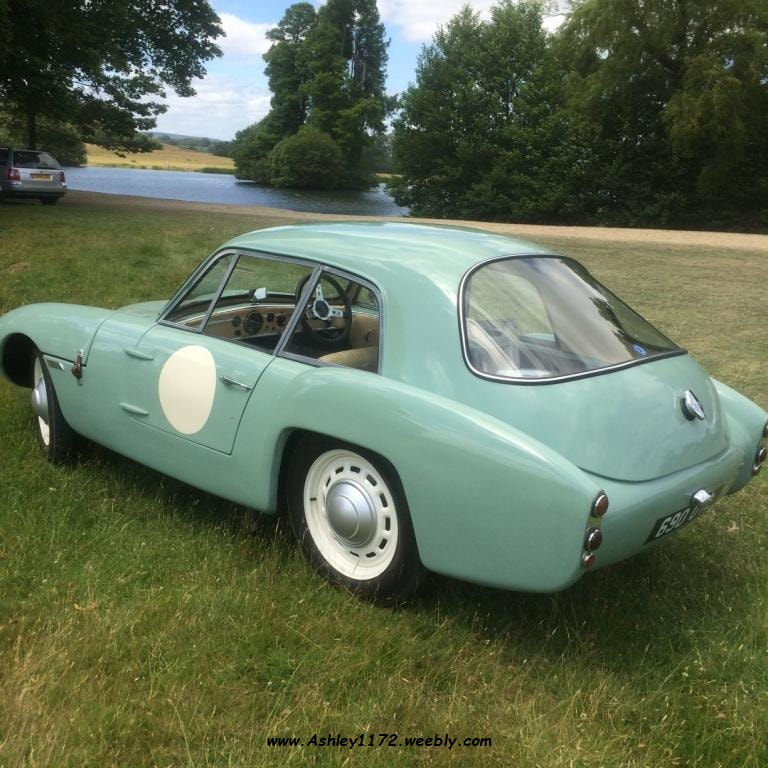 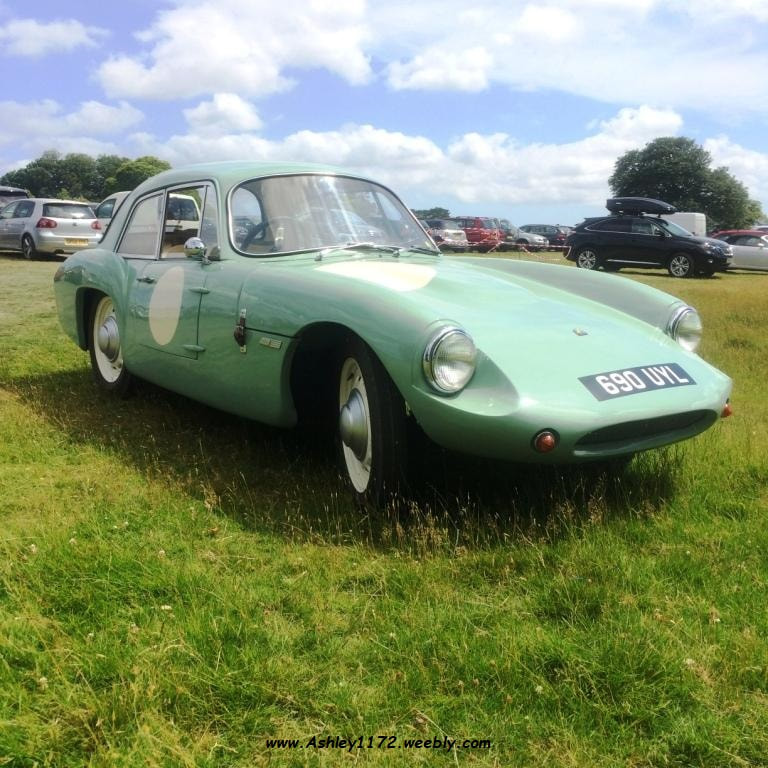 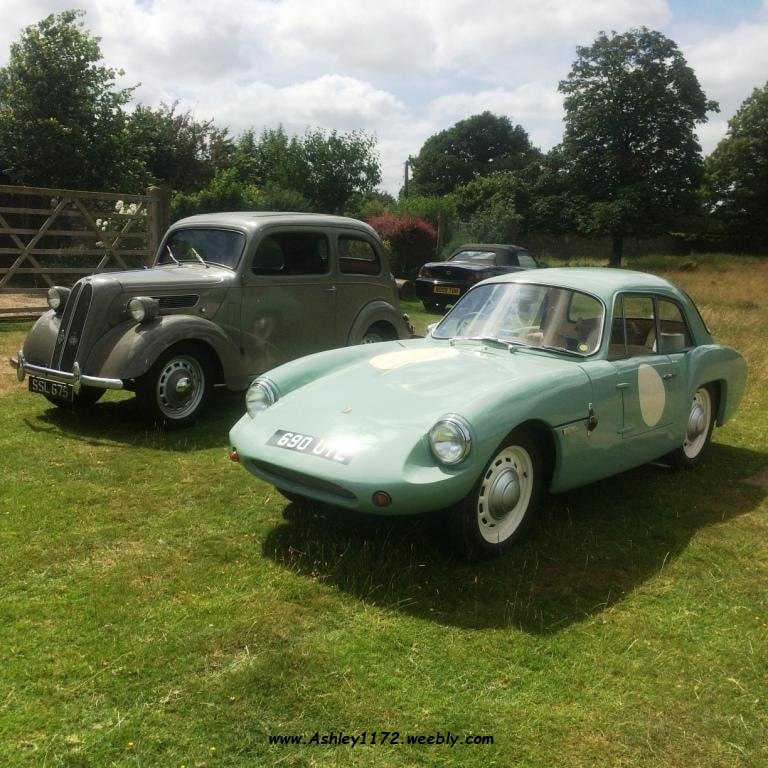 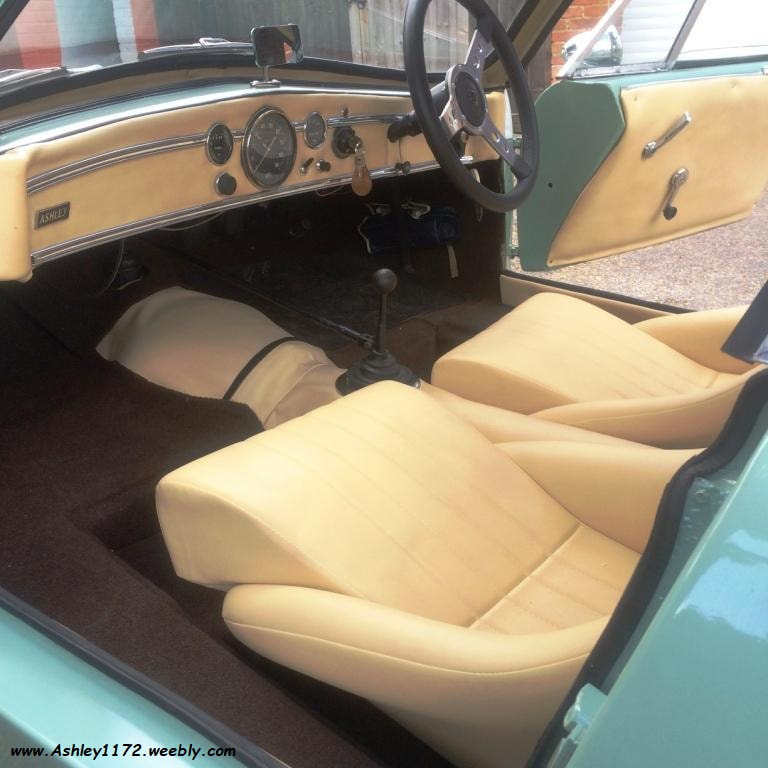 I also found this advert
on www.carandclassic.co.uk
dated 6th July 2015

I never saw any details of it selling or had any contact from any
new owner which is unfortunate.

​​
Then in  March 2018  I had another
​email from Steve (who had also recently purchased an Ashley 1172),
he had seen an advert on the website of the
Panorama Bay Motor Company, Sandbanks, Poole
and sent me a link to their website.
The asking price was £13,995 and there were more new
pictures as shown below.
I emailed Ian Woodrow, the Registrar of FSOC Specials, to see if the new owners might have joined, as he had also informed me
back in 2015 that Mike was the owner at that time,
​but he had no new details.

with or without a Registration Number