All Photo's courtesy of Rodger Horlor owner
This 1960's Ashley 1172 was unknown to me until early
April 2020
when Rodger Horlor sent them via my contact page
to these webpages ​and an email,
​he also told me this brief story.
​
Ivor,
I took over a half finished project of a roadster from someone in Coventry. Ford based, probably a Prefect as it was a four seater bodyshell.
My father bought me the hardtop for my 20th birthday.

The reg. No. was ACL 220, I registered it in my name must have been early 1960,
Rodger Horlor
Kenilworth
Warwickshire        My address at the time.(Edited)

I will look for more photos and the name of the chap that I sold it to, however that will take some digging!
Sold it to a guy in Coventry in 1961 to go off sailing!

I checked my records for the the Registration No. but I had no record of it, a check of the DVLA database also showed no record so it probably didn't make it onto the mid 1970's electronic changeover.

A check on the UK Vehicle Registration listing indicates that the Donor car was originally registered at the
Norwich C.B.C office in 1937.

I notified Rodger and he sent a couple of photo's he had located of his Ashley,
(seem's Rodger was a camper as well as a sailor). 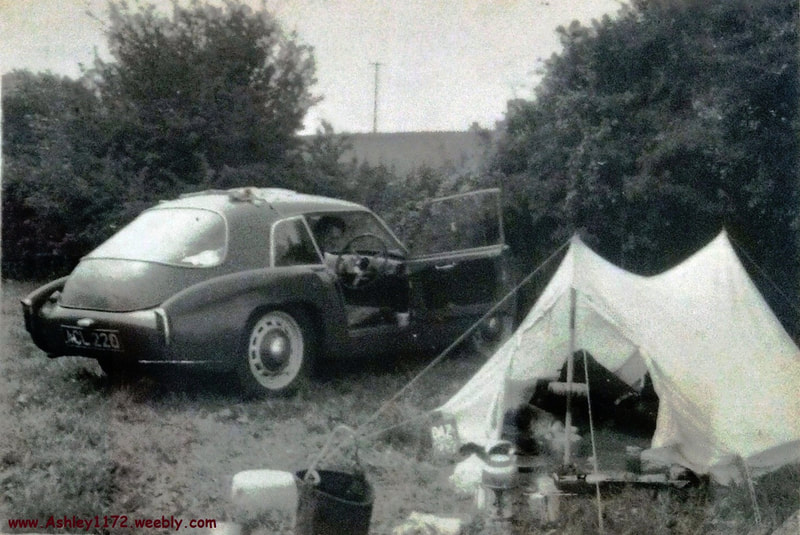 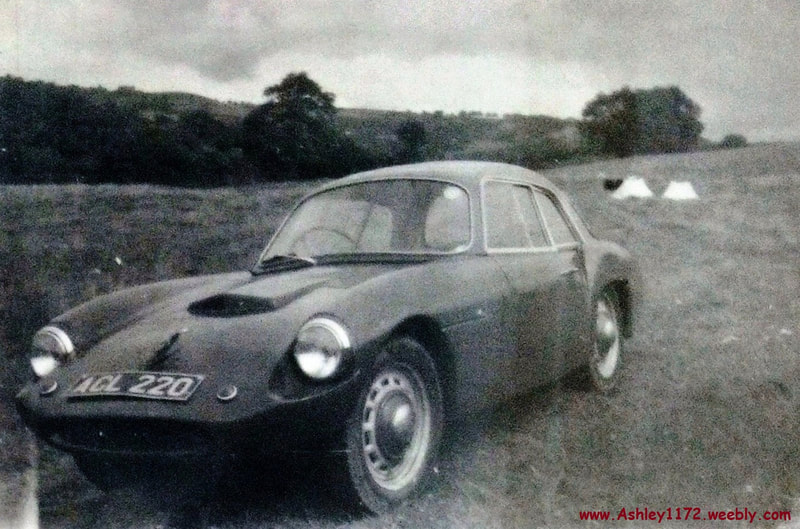 Rodger also sent a couple of photo's of other cars he had around the same time, 1950/60's
​Ivor, The other cars:
​Four seater tourer c1932 aluminium body based on a Standard Motor Co. chassis and engine, coachbuilt by a Company called Avon. My first car in 1957.
The Triumph TR, one of three that I owned, after that I got the Lotus bug. 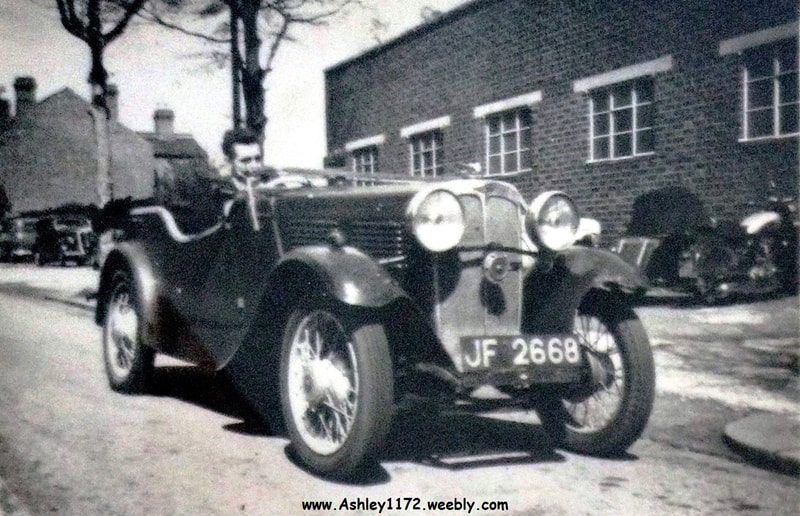 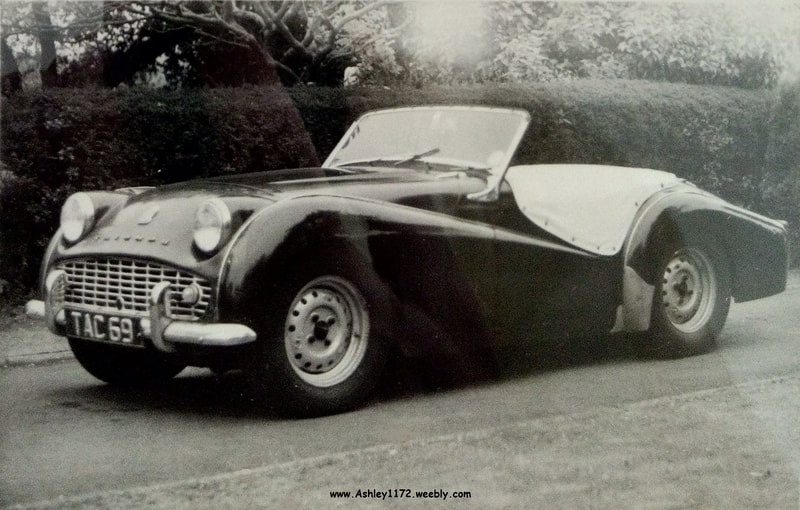 We exchanged a few more emails and in August Rodger sent me more photo's found after searching his Attic: 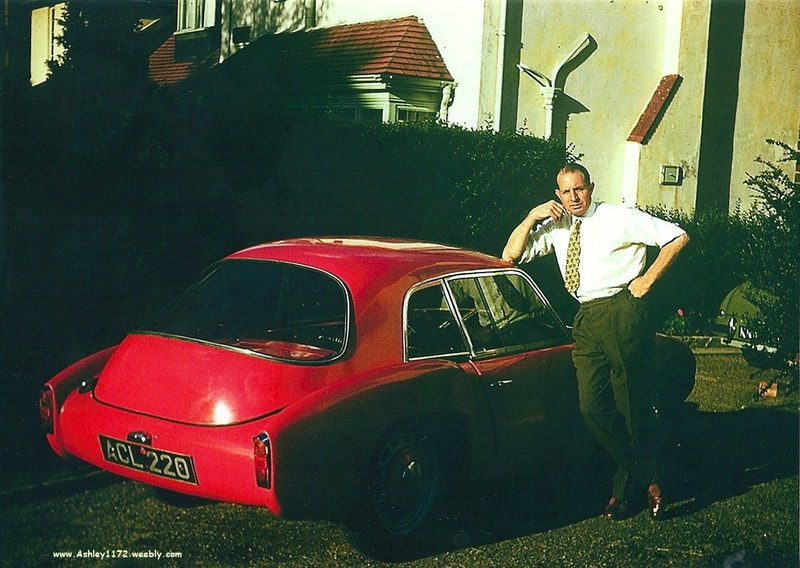 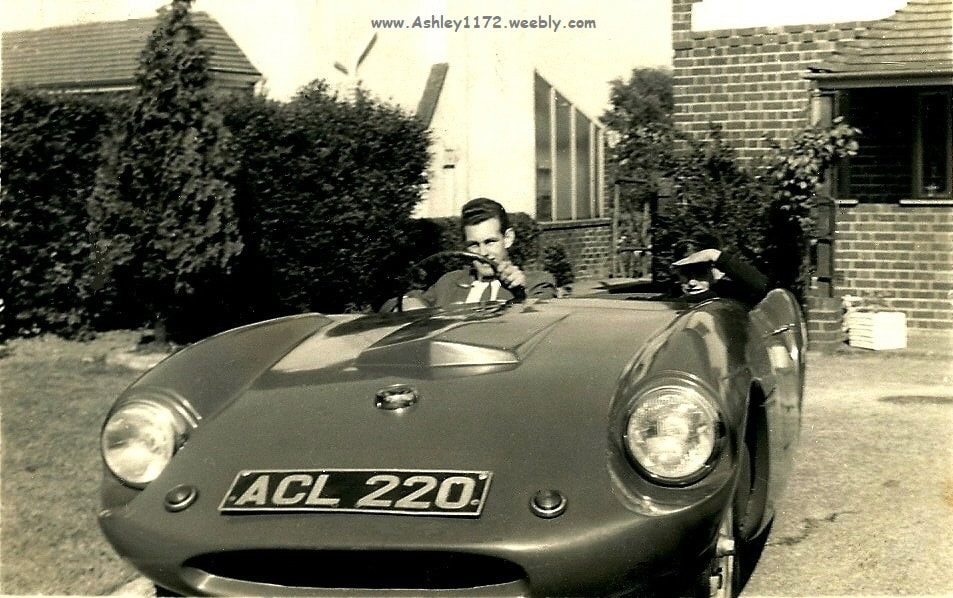 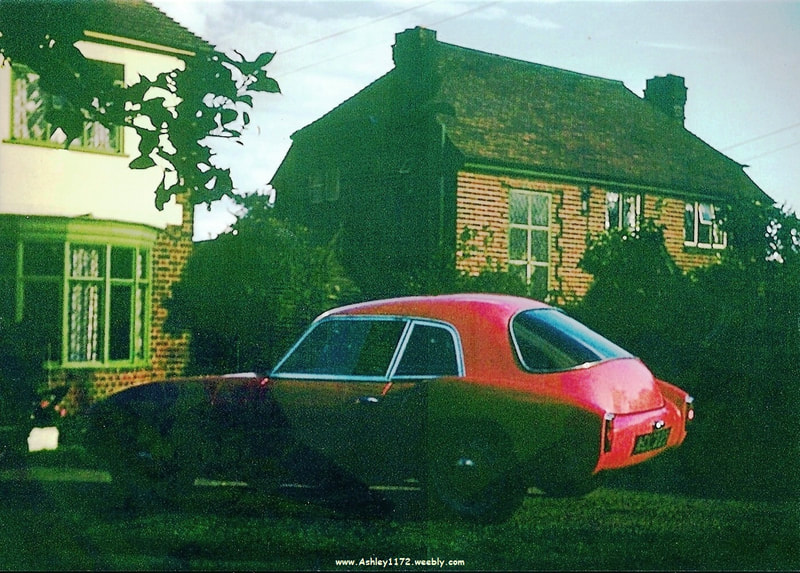 Hi Ivor
Me and my little brother in the roadster, can't wait to get on the road.
My Father posing alongside the newly finished car and the other side of the car in our drive.
​A few days later another email and more photo's and paperwork:
​
Good evening Ivor
A little more history. These are the papers that were passed on to me when I purchased the part finished  Ashley, Mr R. Sharp had taken off the Ford body and bolted on the new shell and given up​.
The above receipts of Mr R. Sharp at Brooklands Farm, Coventry from Ashley Laminates along with their Brochure plus further receipts of Rodgers purchases
from Monkspath Garage, Monkspath.
​
These all show how we went about building our dream sports cars back in the 1950/60's when
cash and supplies were still in short supply after the shortages post WWII.
​
So if you have owned this car or have any
information about this
Ashley 1172 car
Registration No.
ACL 220

(originally registered by Norwich C.B.C in 1937)