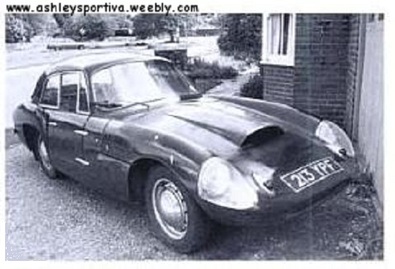 
Doors complete with wind-up windows as supplied on early 1959 models.


The 1172 bonnet has a modified engine bulge to maybe accommodate a larger engine than the 1172cc Ford E93A or maybe to increase engine cooling. 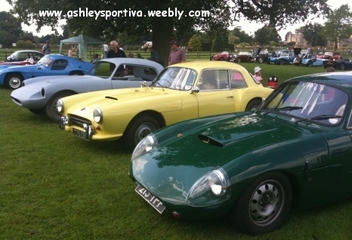 Photo from internet
Whilst looking at some photo's taken at the Cotswolds Historic Specials show I noticed this Green Ashley 1172.


Sure the bonnet has been modified back to more like the original design, but looking at this other photo (below) from the other side it can be seen that it has the same wind up windows in the doors, a not very common feature. 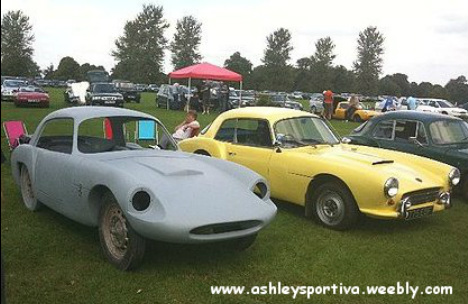 Photo from internet
Well it's now  ﻿﻿ August 2014  that's 18 months since I last updated this page and I have been able, with the help of my website viewers, to identify all 3 of these Ashley's and
they now all feature on this site.

And the Green Ashley 1172 is of course on this page.

It all started when I followed up on a email to me that
indicated an Ashley restoration by
Autotune (Riston) Ltd
​which looks very much like the Green Ashley 1172,

So a message to them, via their website, asking if it's the same car results in another email to me in March 2013 from Adam, which stated:

﻿﻿"Yes, it is the same car or should I say was until it was rebuilt, it now has a Rover V8 under the bonnet.

The car is st﻿ill registered﻿ 213 YPF, it does not belong to me the owner is I'm sure called Spencer." ﻿﻿

﻿Photo's courtesy of Autotune (Riston) Ltd﻿
It was in June 2013 that I received an unexpected email:
​
﻿Dear Ivor,
I trust you are well.  With regards to your enquiry (shown on your excellent website) as to whether the photo of the green Ashley taken at the Cotswold Specials Show (oragnised by the FSCC - Fairthorpe Sports Car Club - every year) is the same car as in the black and white photo (registration 213 YPF), I am happy to inform you that yes it is!

I have owned the car for over a decade, and it was a basket-case/barn find when I discovered it on a farm in Surrey.  It now rides on a space-frame chassis with a Rover V8, and is fitted with a Ford live rear axle, LSD, front wishbones/rear trailing arms, and adjustable coil-over shocks.
I mainly use it on the road but it has also been enjoyed at a few track days.  It is currently off the road for some maintenance but will be back in action later this Summer.

I hope this helps your research, and when I am able I will send you a few pictures.
All the best,
Spencer﻿﻿﻿
That was a year ago now and both myself and Spencer seem to have been involved with other things and forgotten all about updating this webpage, hopefully we can get it going again soon.

Well it's now August 2014 and I decided to emailed Spencer and find out if he still owned his Ashley and if he was attending the
Historic Specials Display Day at Burford on the following weekend,
​unfortunately I got no reply.

It was much later that I found out that he had attended
​when I located this
​photo on another website. 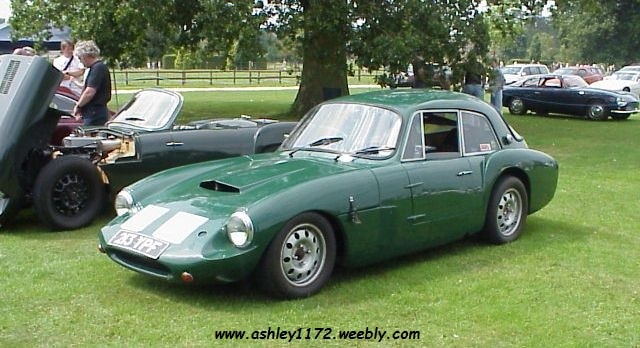 2014 Photo courtesy of oxonrobinhoods.webs.com
Then in 2015 whilst updating the FSCC Ashley registry to an e-data bank I found a couple of previous contacts about this Ashley dating back to
May 1998
​This was when first registered with the FSCC by Spencer,
he noted that the chassis/front & rear suspension, wheels and the engine/gearbox had all been updated since he had discovered it
​on a farm in Surrey as a basket-case barn find.
​
Spencer also provided the following 3 photo's to the FSCC
and they look as if they were from one of the
1990's Historic Specials Display Day at Burford. 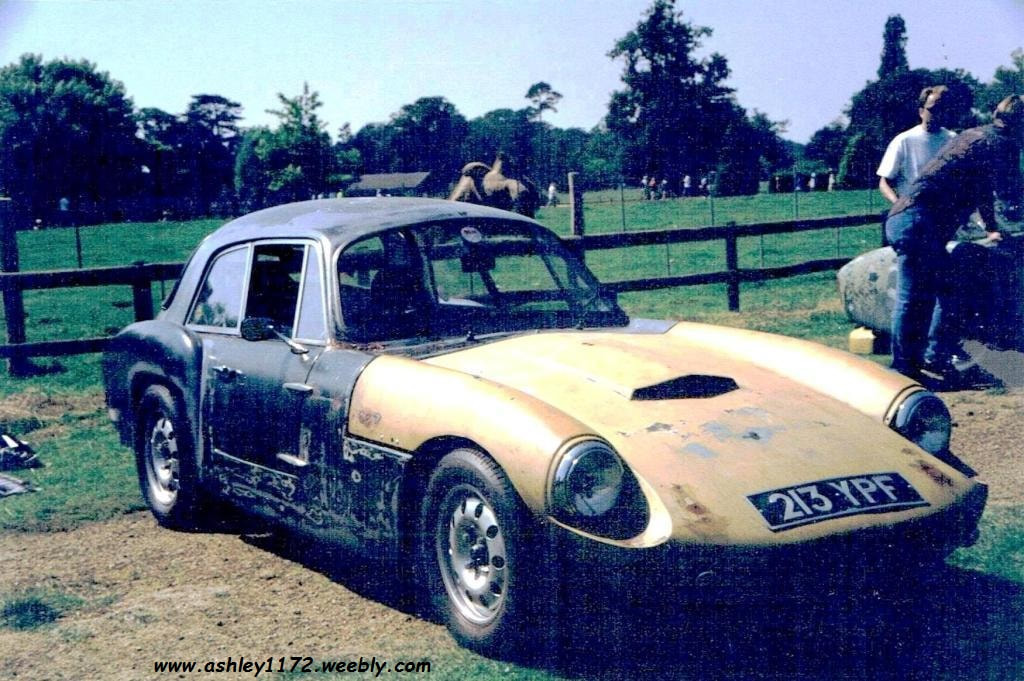 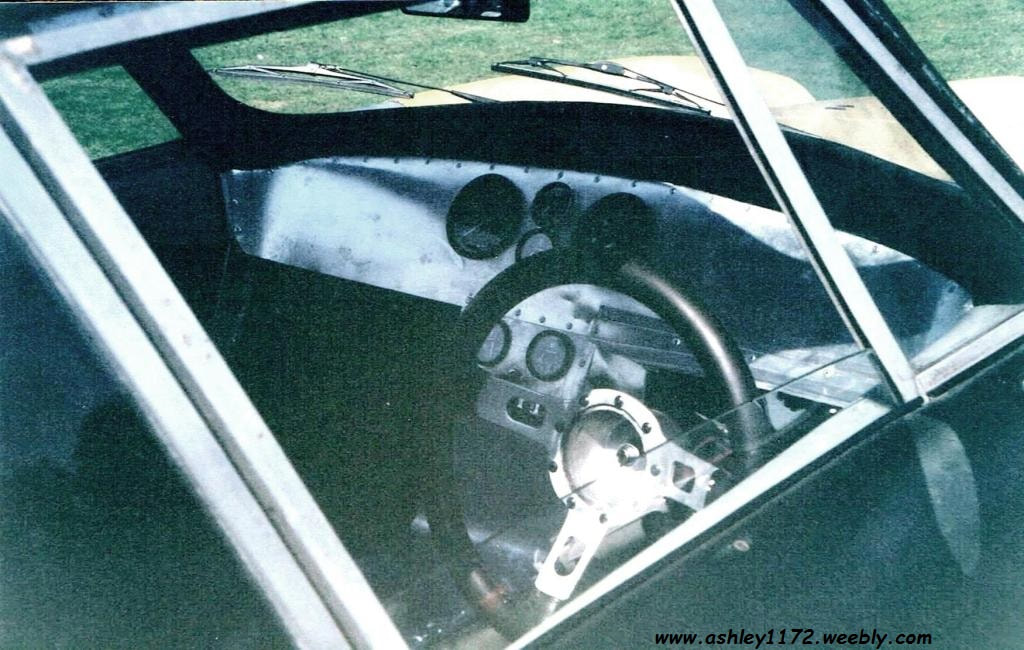 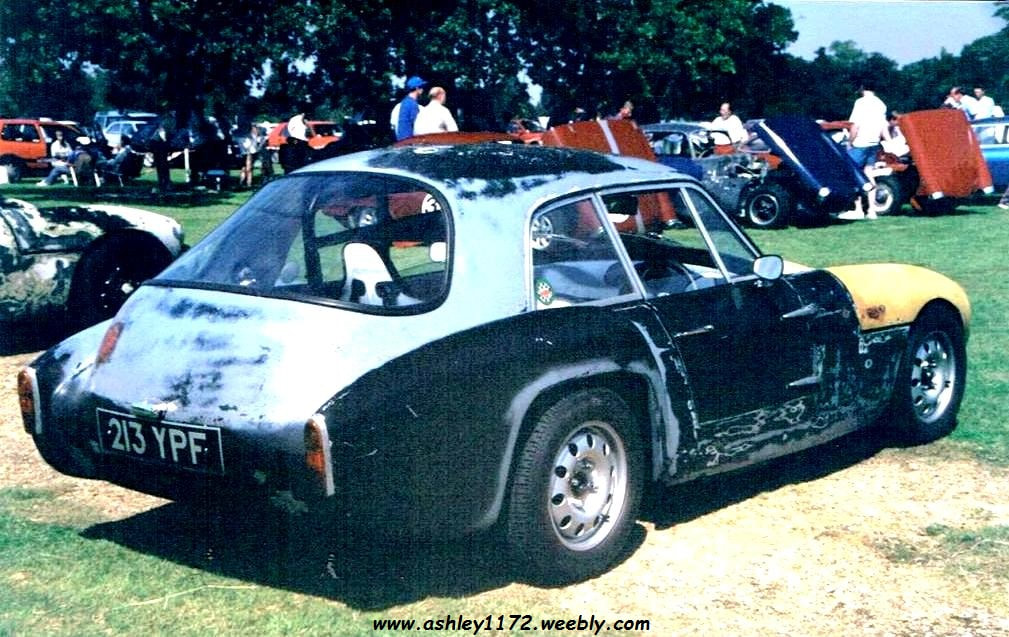 Looks like the Ashley may have been a combination of two
​Ashley bodyshell's,
a Green gel rear and a White gel front.

​
​It wasn't until May 2016 that Spencer re-contacted me with news that he was thinking of selling the Ashley.
He also provided some more details of the car:
"My original Ford Popular chassis was beyond repair so I bought the space frame from Autotune, who build replica Elvas and Maclaren Can-Ams! Mine was the Elva version and can take anything from a 1600 Ford up to a Rover V8.
I kept the original chassis number as it was part of the history, so was viewed as a replacement chassis.
The Ashley also has a 5 speed manual gearbox, panhard rod and LSD"
It was not until January 2017 that I heard again and this
time with the full details of the car plus new photo's:
​ 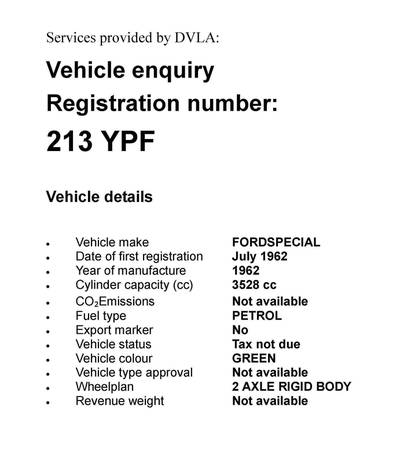 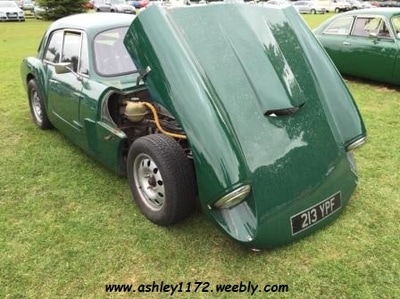 The original 1962 Ford 10 based Ashley 1172 had the
Body removed and re-fitted with a new full steel space frame, independent suspension and a 3.5litre Rover V8 engine
by
Autotune (Rishton) Ltd
Riverside Industrial Estate

Best Modified Special
on the day​.

then please email me at